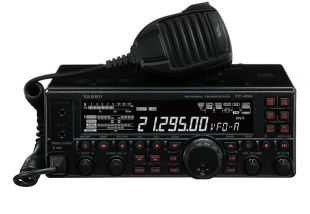 Awards, usually in the form of certificates, are offered by the WIA and by many Australian radio clubs, to amateurs who have made contact with a given number of stations in a certain geographical region (for example, a state or continent). Some recognise proficiency in certain communication modes, such as Voice, teletype or morse. Others focus on the bands used to make the contacts. Some awards require written proof of the contacts, usually in the form of a QSL card for each contact, signed by the operator of each station contacted. There are combination awards such as 5 band DXCC, 6 band DXCC etc.

The best known and most respected award is probably the DX Century Club award, or DXCC. This recognises the achievement of contacting stations in one hundred different countries. The DXCC can be endorsed for achievement on specific bands or modes. To achieve the DXCC award on each HF band requires good equipment and antennas, a competent operator and lots of patience.

Another popular award is Islands of the Air, which requires contacts with amateurs operating on islands around the world. The WIA has its own series of awards for contacts with Australian amateurs. These are listed in the WIA Callbook and in the Awards section of the WIA Website.

Awards generally have no time limit, allowing the operator to accumulate the required contacts over any period of time.

Many awards require written proof of contacts in the form of confirmation cards, which are known as QSL cards.

It has been said that the final courtesy of an amateur radio contact is a QSL card. Newcomers are likely to request cards for their first several contacts. Later when the novely wears off, many people only collect QSL cards for contacts that are special achievements, for instance contacts made with very low power, the first contact with a particular country, the first on a particular band, or contacts that count towards an award.

A QSL card is a postcard sent between amateur radio stations.

A QSL card is a postcard sent between amateur radio stations. Its purpose is to confirm that the contact claimed actually took place. As such, it is very important to claim many of the amateur radio awards that are on offer. Information on QSL cards includes callsign of station worked, date, time, band, mode, signal strength and station details. QSLing tends to be more prevalent amongst HF operators than those who operate VHF/UHF only.

If every amateur posted a QSL card for each contact made, amateur radio would become a very expensive pastime. To save on QSL postage costs, the WIA and some radio clubs provide QSL Bureaus for members. These services send QSLs to foreign countries periodically in parcels rather than sending them individually. Through a network of bureaus, they receive incoming QSLs for their members in the same way. Though much slower than posting direct, the savings are substantial. Electronic QSLing via the internet is another way amateurs save on postage. Though it is growing in popularity, electronic QSLing was yet to be accepted as credit for awards. Until this happens, paper QSLing will remain popular with DXers.